Turning up the volume: unheard voices of people with dementia

This report published by the Alzheimer’s Society brings together views of more than 3,500 people with dementia, carers and the public on what it is like to live with dementia. It provides an insight into the gap between the things that people living with dementia need to live well and their day-to-day reality.

Download Turning Up the Volume: unheard voices of people with dementia

The report containsthe findings from Alzheimer’s Society’s largest-ever survey with people with dementia to hear their views and experiences of what daily life is like.

This ambitious and innovative piece of research, conducted by Ipsos MORI, has people affected by dementia at its heart. Through their words you’ll hear the real story of what it’s like to live with dementia, or be an unpaid carer, in England, Wales and Northern Ireland today. It also highlights what the general public thinks and feels about the condition. 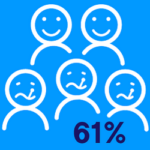 The key findings of the research include:

Key themes from the research highlight that a stigma around dementia; some people living with the condition believing the public don’t understand their symptoms, or how to interact with them.